The Stearman (Boeing) Model 75 is a biplane used as a military trainer aircraft, of which at least 8,584 were built in the United States during the 1930s and 1940s.

Stearman Aircraft became a subsidiary of Boeing in 1934. Widely known as the Stearman, Boeing Stearman or Kaydet, it served as a primary trainer for the USAAF, the USN (as the NS & N2S), and with the RCAF as the Kaydet throughout World War II.

After the conflict was over, thousands of surplus aircraft were sold on the civilian market. In the immediate postwar years they became popular as crop dusters, sports planes, and for aerobatic and wing walking use in airshows. 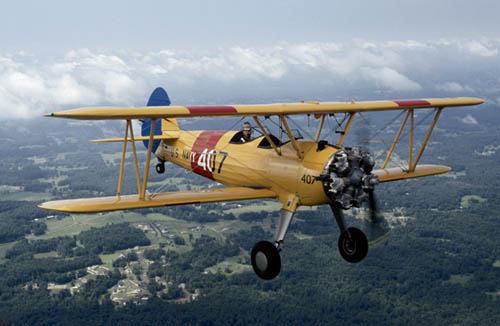 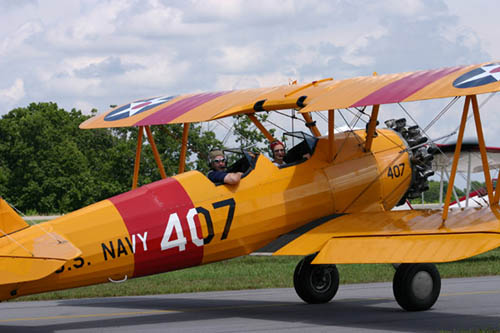 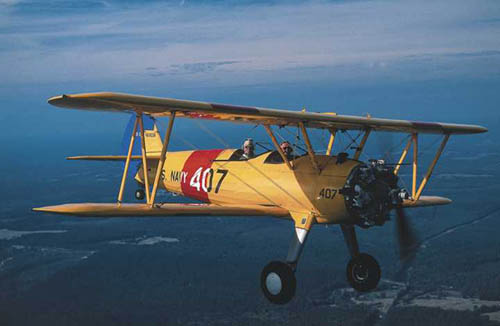 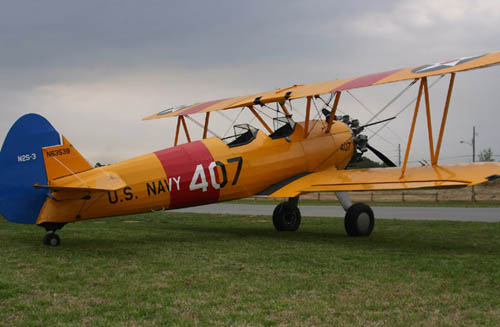