Call us to book your flight 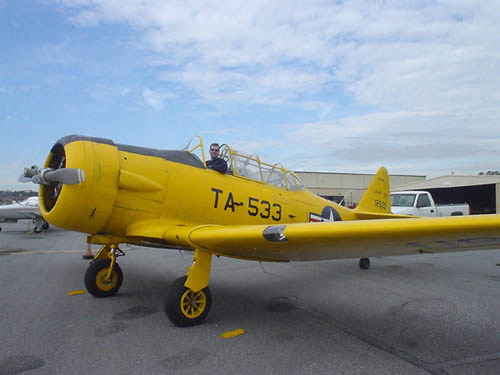 Brian Wolf accumulated more than 3,000 flying hours and 20 years of flying experience in everything from J-3 Cub float planes to supersonic jet fighters. Major Brian Wolf earned his Air Force Wings in 1997 and had completed 15 years of military service.

He was assigned to the 160th Fighter Squadron flying the F-16 Fighting Falcon. A decorated combat veteran, he’d flown sorties in South America, the Middle East, Southwest Asia, Turkey, Iraq, Qatar, and even combat air patrols over the US in support of homeland defense.

Whether it’s at 1000mph or 100mph, Brian enjoyed the thrill of aviation. He started Vintage Flights, LLC to share that thrill with others. Brian Wolf was born at LeMoore Naval Air Station, CA in 1969.  His father, a naval aviator, had recently returned from 2 combat flying tours in Southeast Asia. Howard Wolf flew the A-4 Skyhawk and he would prove influential in Brian’s pursuit of aviation.

“In the mid 70s, when I was 6 or 7, my Dad took me to the airshow at Dobbins. An A-4 Skyhawk of the Blue Angels flew over so low and so fast it almost knocked me down. Ever since then I wanted to fly.” – Brian Wolf